What You Need to Know About Buying a Home in Georgetown, KY 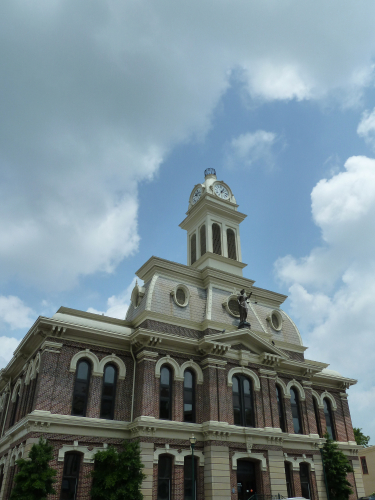 Georgetown has a rich and extensive history that dates back some 15,000 years to a time where native peoples lived along what is now known as Elkhorn Creek. But it wasn’t until the 1770s that Anglo-Americans began exploring the area. Historical documentation tells us that John Floyd, Colonel of the Kentucky Militia and famous for his work in settling Louisville and for becoming one of the state’s initial judges, was the first of those to try.

For his efforts with the military, Floyd received a plot of land in modern-day Georgetown, though he didn’t do much with it. Over the next few years, there were several settlement attempts with little success until Baptist preacher Elijah Craig incorporated a town called “Lebanon” in the Virginia Legislature. Fun fact: At the time, all of Kentucky sat in the westernmost section of Virginia, in Fincastle County. Shortly after the incorporation of Lebanon, leaders changed the town’s name again to George Town to honor George Washington. When Kentucky became the 15th state in the union, it became George Town, Kentucky, and ultimately Georgetown.

Craig is known as a bit of a revolutionary around Georgetown with historians crediting him with a number of firsts, including founding the first classical school in the state and for being the first person to produce bourbon whiskey.

Georgetown’s rise to economic and social prominence mirrored many other cities in the south with tobacco, milling and distilling leading the charge. But Georgetown also proved progressive in some respects, with Georgetown College becoming one of the first institutions of higher learning to become coeducational in 1898.

A lot has changed in Georgetown over the last century, but agriculture remains an important industry as family farmers make up a significant portion of the town’s land. Manufacturing and small business have also become pivotal cogs in the Georgetown machine.

Toyota Motor Manufacturing Kentucky began production in Georgetown in 1988, and it is still the largest Toyota Manufacturing plant in the world. The size of the plant is enormous, occupying more than 200 acres, which many believe to be the largest building in the country in terms of acreage covered under one building.

As is the case in many Kentucky towns, there are plenty of activities involving horses and bourbon in and around Georgetown.

In nearby Lexington, you will find the Kentucky Horse Park. This one-of-a-kind working horse farm and educational theme park also has an equine competition facility and an office park dedicated to how humans interact with horses. Simply put, the Kentucky Horse Park is vast—it encompasses more than 1,200 acres, of which over 200 reside in Georgetown/Scott County—and is the largest state-owned tourist attraction. Visiting horse enthusiasts can tour the museum, ride horses and ponies, and watch dozens of horse breeds at work.

Want to take in the beauty of these spectacular animals from the comforts of your car? The Bluegrass County Driving Tour is a popular route that has you traverse country roads and past some of the largest and oldest working horse farms in the state.

If tours are your thing, but you prefer spirits to thoroughbreds, the Bourbon Trail should be right up your alley. Georgetown is the perfect spot to depart from for an excursion to several of Kentucky’s legendary distilleries, including Town Branch in Lexington, Woodford Reserve in Versailles and Wild Turkey in Lawrenceburg.

Georgetown also has its own craft distillery, Bourbon 30, located in the center of downtown. Visitors can either sample or purchase these hand-crafted products right on site. But Bourbon 30 isn’t the only stop you should make in downtown Georgetown. The town’s charming and picturesque core has boutiques, antique shops and art galleries.

For a bit of history, don’t forget to tour Ward Hall, the 12,000-square-foot home bathed in Greek Revival architecture. Sallie Ward, who is infamous in the area for building her wealth by marrying several millionaires, is the former owner. Take a step back in time by visiting this historic home in existence since 1857. Another historic building in Georgetown with more than 200 years of history is the Cardome Center, where you can tour the beautiful grounds and garden for an experience unlike any other.

Shifting gears, the Toyota Motor Manufacturing Kentucky plant allows visitors to tour the facility via a guided tram-driven tour that goes into great detail about how its people are working together to build better cars than ever before.

It goes without saying, but the Georgetown economy’s most significant driver is Toyota. Its plant employs more than 8,000 people, which is far and away more than any other employer in the city.

The Japanese automobile manufacturer has continued to pump money into the plant for the better of its operations, announcing a $1.33 billion investment in 2017 that helps to retain jobs by improving manufacturing flexibility. The company also spent $500 million in 2013 to enable the plant to produce the Lexus ES 350. Toyota builds about 25% of its North American-produced vehicles in Georgetown.

Children in Georgetown undergoing public education do so as part of the Scott County Schools system. When it comes to higher education, Georgetown College is a private liberal arts school located right in the heart of downtown.

Because of its proximity to Lexington, the 28th largest city in the United States, residents of Georgetown can enjoy the best of both city life and small-town America. Lexington is where you’ll find Blue Grass Airport, which has regular service from major air carriers like Delta and Allegiant. Lexington is also home to the University of Kentucky—the state’s flagship university—whose Wildcats are among the most storied teams in college basketball history.